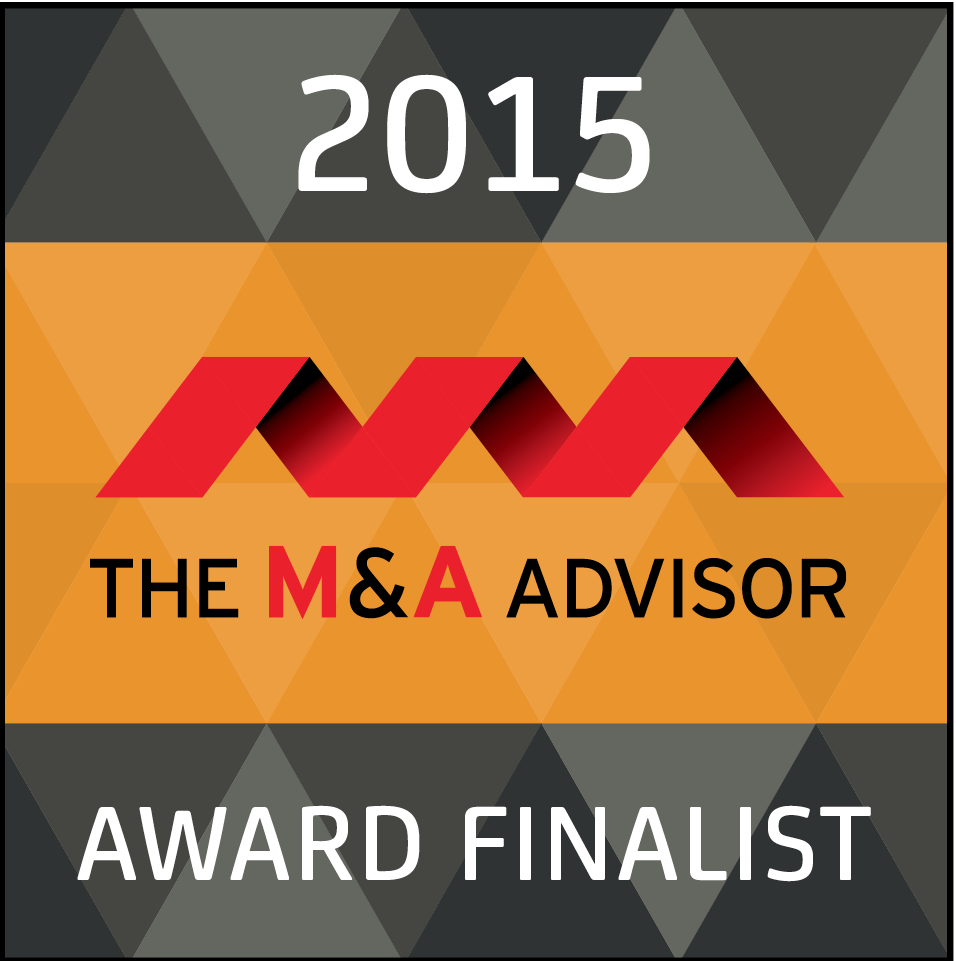 New York, NY, September 18th, 2015 – The M&A Advisor is pleased to announce the Finalists in the categories of M&A Deal of the Year, Restructuring Deal of the Year, Cross-Border Deal of the Year, Corporate/Strategic Acquisition of the Year, Deal Financing of the Year, Sector Deals of the Year, Firms of the Year, M&A Product/Service of the Year and M&A Professionals of the Year for the 14th Annual M&A Advisor Awards. The Finalists have been selected from the nominees in the first stage of evaluation, and the independent panel of judges will now focus their attention on the challenging task of selecting the ultimate award winners that will be announced at the Awards Gala on Tuesday, November 17th at the New York Athletic Club. “Since the inception of the M&A Advisor Awards in 2002, we have been recognizing the leading dealmakers, firms and transactions. And each year we celebrate the creativity, perseverance and ingenuity of our industry’s professionals”, says David Fergussoƒn, President and Co-CEO of The M&A Advisor. “While our industry has undergone significant transformation since our first awards were presented 13 years ago, we are convinced, more than ever before, that M&A is a driving force of the economy. It is truly an honor for our firm to be able to recognize the contribution that the 2015 award finalists have made.”

The Winners of all the categories will be announced, and the awards will be presented, at the 14th Annual M&A Advisor Awards Gala – the premier celebration of the year for firms and professionals in the M&A industry. Held in conjunction with the Annual M&A Advisor Summit, the Gala will bring together the industry’s leaders, vying for the 2015 Awards, to celebrate the Finalists and Winners. The ceremony will also honor 2015 Lifetime Achievement and Leadership Award Winners for their induction into The M&A Advisor Hall of Fame.

Since 1998, The M&A Advisor has been presenting, recognizing the achievement of and facilitating connections between the world’s leading mergers and acquisitions, financing and turnaround professionals with a comprehensive range of services including M&A SUMMITS; M&A AWARDS; M&A CONNECTS™; M&A ALERTS™, M&A LINKS™ MandA.TV and M&A MARKET INTEL™. Visit www.maadvisor.com to learn more.

The M&A Advisor recently released the 3rd Chapter of their book, Best Practices of the Best Dealmakers 2015. I was one of the few people in the M&A industry to share my experiences on Cross-Border dealmaking in 2015.. [Read More]